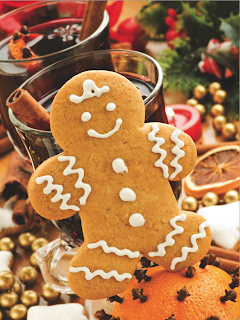 Posted by Flavour of the Day with Laura Haddad at Wednesday, December 15, 2010 0 comments

Email ThisBlogThis!Share to TwitterShare to FacebookShare to Pinterest
Labels: Christmas

** COMPETITION **
Want to win a complimentary one night stay for two at the Movenpick Resort & Spa at the Dead sea?
Tell us about your 2010 success story, whether it's at work or at home! Must be 18+ to enter. Submit your entry to: ourmailbag@familyflavours.com.
Get writing!
** COMPETITION **
Kids: Tell us about the best Christmas you've ever had!
Send your entry to scrapbook@familyflavours.com, along with your name, age and photo.
The first entries in each age group (3 - 7, 8 - 12, 13 - 16) will receive a 40 JD gift voucher from Hamley's. Four additional lucky winners will receive a 20 JD gift voucher!
What are you waiting for??
Posted by Flavour of the Day with Laura Haddad at Tuesday, December 07, 2010 1 comments 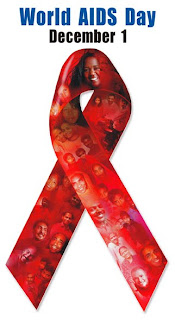 Posted by Flavour of the Day with Laura Haddad at Monday, December 06, 2010 0 comments

A Taste of Family Flavours: An Intern's Tale

By Leila Meglio
Three months ago, I packed up all my most essential belongings, kissed my family goodbye, and traveled halfway across the world from Boston, Massachusetts to Amman, Jordan. I came here to study Arabic, to listen and learn from lilting accents and try to understand a new way of life.
A few months ago, I learned of this amazing opportunity to intern for a real Jordanian magazine: Family Flavours. I was excited and felt so lucky; I study literature at my university in the States and hope to one day work in the publishing industry, so I felt it would be a perfect fit. I remember how nervous I was, too, before coming in that first day: here I was, my wearing my favorite shirt and best shoes, trying to look and act adult yet feeling like a child on her first day of school.
But the nerves didn't last long. Very quickly I began to feel at home in the office, comfortable speaking to everyone. It was helped by the way I was treated; from the start, it was made very clear that I was not just an intern who would make coffee and file papers, I would receive the work--and respect--of any other employee. It made me relax when I felt I was treated in the same way as the others, and I wanted to be worthy of that respect. I think this was one of the most beneficial aspects of my time in Jordan, for I had never felt as though anyone considered me a serious adult, even at 20 years old. All of my jobs previously had treated me well enough, certainly, but here at Family Flavours I was regarded an equal.
It was also eye opening to see all the work that goes into composing a well-rounded and engaging magazine. I would edit once, twice, three times--to make sure everything, from the cover article to the shortest caption to professional advertisements, was perfect. Those pages which looked so glossy and easy, welcoming covers inviting me to read, were actually alive with the effort and careful planning of designers, writers and editors. I remember sitting in on my first ideas meeting, listening to all the writers different concepts for articles, being invited to share my own ideas. Isn't it amazing how one simple idea can turn into an article, complete with perfect photos and a by-line, how a thought can travel from one mind into the homes and hands of many?
It's December now, and my finals are approaching. Soon I will say goodbye to Amman, my home away from home, and say goodbye to Family Flavours. I am of course excited to see my family and my friends back in the States, but I can't help but feel that the time has passed too quickly. I wish I could live in two places at once: stay here and continue this life I've been developing without abandoning everything waiting for me. I feel so privileged to have had this experience, both in this country and in this magazine. I have learned and seen things that people twice my age have never been exposed to; I have seen the whirring of printing presses churning out thousands of magazines and I have felt, for the first time, the pride that comes with seeing my very own words laid out and ready to be printed for mass consumption.
Thank you, Family Flavours. Thank you, Jordan. I will soon be far away--but know you are close in my heart.
Posted by Flavour of the Day with Laura Haddad at Sunday, December 05, 2010 0 comments

Wondering what sort of things are happening soon? Maybe you're interested in a family outing, or just something different for a change. We've been looking around and these events in Amman (with links, of course!) caught our eye.
-December 3: Wadi Maen Hiking and Canyoning trip
This full-day event includes meals and even a chance to take a dip in the hot springs. There are trails for different levels of participants, so even those who have never hiked before can enjoy themselves. The program promises beautiful views, dancing, and lots of fun.
Here are the event's details--but hurry, this is happening soon!
-December 4-10: 3rd Annual Amman Stand-Up Comedy Festival
Need a little laughter in your life? Buy tickets to a night of this festival, which offers a line up of comedians bound to keep you in stitches. The two hour shows are held in Al Hussein Cultural center in Ras El Ein.
More information here.
-December 5-8: The Family Library
This book festival offers books for as little as 350 fils in various subject matters including culture, history, and children's books in order to support reading and family libraries throughout Jordan. The event takes place in the city's governorate in the National Library Department. And it isn't just in Amman--the fair is also being offered at Ministry of Culture centres across Jordan. It's a great way to stock up on books and teach your family the importance of reading.
More information here.
December 15- Amman Symphony Orchestra presents A New Night with Waltzes
Listen to the sweet sounds of classical music as played on the viola, including such seasonal fare as the Nutcracker and other classics. This also takes place at the Al Hussein Cultural centre.
Click here for the event's details.
December 18 - The Children's Museum's Annual Christmas Party
Bring your children to greet Santa, participate in crafts activities, sing seasonal songs and meet other children their age. Check out the full list of events at the Children's Museum to get your children involved in educational fun.
Find the full calendar here.
Have a fun December!
Posted by Flavour of the Day with Laura Haddad at Thursday, December 02, 2010 0 comments