Something To Think About !

Let’s suppose that you were able, every night, to dream any dream that you wanted to dream. And that you could, for example, have the power within one night to dream 75 years of time. Or any length of time you wanted to have. And naturally, as you begin on this adventure of dreams, you’d fulfill all your wishes. You’d have every kind of pleasure you could perceive. And after several nights of 75 years of total pleasure each, you’d say “Well that was pretty great, but now let’s have a surprise, let’s have a dream that isn’t under control. Something is gonna happen to me and I don’t know what it’s gonna be.” And even with that, you’d come out of that and say ”Wow, that was a close shave, wasn’t it?” and then you would get more and more adventurous and you’d make further and further out gambles of what you would dream. And finally, you’d dream where you are now. You’d dream the dream of living the life you are actually living today.
Anonymous.

Posted by Flavour of the Day with Laura Haddad at Sunday, July 31, 2011 0 comments

You’re Not As bad As You Think You Are

I was reading Family Flavours and I came across the article Generation Give, which basically says how teenagers give back to the community, and it made me feel guilty that I don’t do more. Then I realised that I was wrong to feel that way.

If you can read this, you’re among one of the 8% richest people in the world. You live in relative ease and all your basic needs are pretty much covered. You’ve got a house, food, education. Also, you have internet, central heating, a shower, a cooker. You probably have a mobile phone, an iPod maybe. You’ve got friends, transport, a television. A comfortable life. You should be happy.

On the flipside, there are people in places like Somalia, India and Afghanistan who don’t know what a computer is. They don’t worry about how which make-up will make them look best, or what programs they have to record, because they can’t. They’re too busy trying to stay alive. These people are born into poverty and starvation, and that’s how they stay, before they die. Young. They spend their time working, or searching for food or water. They dream of an education. For a better life for their family. Yet, as so many people will tell you, and as I know from firsthand experience in Kolkata, they are happy. They shouldn’t be happy, but they are. They sing, they dance, they love. And that’s enough for them.

Looking at the two situations, you couldn’t possibly imagine that we, as well off people, could ever find anything to complain about.

We complain about EVERYTHING. We complain about work, school, friends, appearance, relationships, even about things like the television, or the internet. We go so far as to complain about other people complaining. The killer is when we complain about charities, or giving to the poor. “Oh, I’ve already donated this month, I wish they’d get out of my hair.”We take everything we have for granted. Our friends, family, technology, education, heat, clothes, everything. We take it all for granted, and we “couldn’t survive” if it was taken away.

Wrong. We are a product of our surroundings. We, either as humans, or as what we’ve become, have developed this trait. We will complain. We will rely on other people. We will take stuff for granted.

We say that we’ll change, and we really do try, but we can’t. It’s a natural part of living. Life is a complex thing, and the only way to not take anything for granted is to remove everything that could be taken for granted.

But that isn’t practical. Our ancestors have worked hard to get us where we are now. We reap the benefits of their work, which seems selfish, but wouldn’t it be a slap across the face to them if we ignored it? And also, I think you have to realise, or believe that, in some way, no matter how small, you’re changing the world for the future too, just like they did.

Isaac Newton said those words, and he was right. It’s okay for us to use what we have now to change the future. It’s okay to forget about other people, and focus on ourselves, because we’re human, we make mistakes, and, if by being selfish and focusing on ourselves, we end up changing the world, is that not worth it?

I’m not saying ignore those less fortunate than you. By all means, do all you can to help them, if that’s how you want to change the world. I support that so much, and I do it too. But I’m saying it’s okay to forget every so often. It’s okay to be wrapped up in your own world for a bit. Never feel guilty that you’re taking stuff for granted, because you never know what might come of it.

Do you think someone like Adi Roche (or any other prominent charitable figure) never had personal problems that swayed her course? Everyone does it sometimes, and it’s okay.

All I’m saying is that when you feel guilty, it’s a good thing, it shows you care. Also, instead of letting it get you down, use it as a driving force, an inspiration to change something. And by change something, I don’t mean you have to go out and donate all your life savings to the Red Cross. Just change something minor. Help an old lady, talk to a friend in need, anything. Do some good. If you can do some good, then you’re helping someone less fortunate than you.

And that makes you a pretty great person after all.

Posted by Flavour of the Day with Laura Haddad at Thursday, July 21, 2011 0 comments 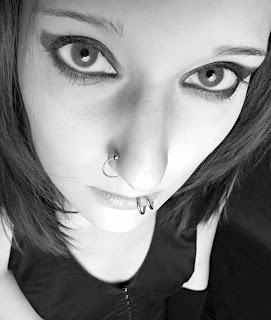 Posted by Flavour of the Day with Laura Haddad at Monday, July 18, 2011 1 comments

Indulge in the heart-to-heart stories people shared with us about their lives and experiences, concerning divorce and giving back, in the July issue of #Family Flavours magazine in stores now!

Whether you're looking for creative ways to refresh your summer or just craving some "me time" with a good read, all you have to do is take some time off and spend it flipping through the pages of our latest edition. Unwind with unconventional, homemade recipes for light brunches, heartwarming egg bakes and tasty desserts. And read all about what men want, retro sunglasses' comeback, local Sufi-inspired art and much more.

So, get your day planner and pencil in some quality time with yours truly.

Posted by Flavour of the Day with Laura Haddad at Monday, July 11, 2011 0 comments