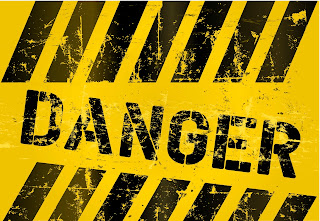 I took my son to a very popular children's play area the other day, a place that I am sure sees at least 100 kids a day. As I was sitting watching them play, I realised that the location of the benches is very dangerous, located by a low fence in a position where if a child stands on and leans forward, he will surely fall, head first, 2 levels high.

As any concerned mama, I went and spoke to the manager and said:" the benches you have upstairs are really dangerous and you should consider relocating them, if a child comes out of the game tired and thinks to stand on them, he will surely fall." His response was not only shocking to me but ignited all my anger: "and where is this child's mother?!" he said in a mocking tone. After pointing out that in that specific area children were being entered without their parents (staff were recording the children's name on a piece of paper which confirms that most parents were not with their kids), the manager still would not admit that the benches were of any danger.

This is a children's play area, only the safest procedures should be allowed and still I left the place arguing with the manager who refused to take any responsibility for the environment they were offering! How comforting it is to know that this kind of mentality runs such a popular place!
Posted by Flavour of the Day with Laura Haddad at Monday, April 01, 2013