Flavor Of The Day With Noora 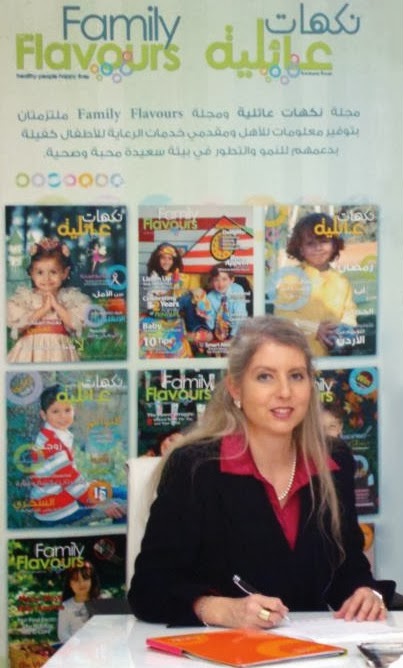 A Tribute
On the occasion of International Women’s Day, I wish to recognise Hind-Lara Mango’s positive contribution to society as publisher and director
of Jordan’s parenting magazines Family Flavours and Nakahat 'Ailiyeh. Nearly eight years ago, she founded the magazines to help empower families in the Middle East to live happy, healthy and fulfilling lives.

I’ve seen publishers who could care less about magazine content and quality as long as ads get sold. While Hind does throw the best marketing pitch I’ve ever seen, what makes me proud to work with her is her unwavering vision and staunch commitment to high standards
of excellence.

Magazines locally and internationally subscribe to conventional notions of perfection, but Hind is all about breaking the mould. She meets with heads of companies and dines with ambassadors but directs the same energy to ensuring public sector representation in articles, that subscribers in Hashmi Shamali and Abdoun are given the same priority and that the fashion editor looks for bargains. Hind supported the cancer survivor who graced the cover bald and the father of three who opened up about his depression after being diagnosed with diabetes.

While magazines typically Photoshop images to erase wrinkles, bulges and scars, Hind promotes a culture that embraces diversity. When one fashion label expressed discontent over having their clothes worn by children with special needs in a photo shoot, Hind remained steadfast in championing people with disabilities as equals. She embraces her convictions rather than live by popular consensus.

Unlike many professionals who lack initiative, accountability and ownership (it’s always someone else’s job), Hind has an uncanny ability to convert mistakes into lessons and pressure into productivity. Despite the juggling act involved in owning a business and parenting four children, Hind keeps focused on the big picture (vision and strategy) while overseeing the details required to keep the team moving forward. She stays late with her team, washes her own mug in the office kitchen and acknowledges the creative outputs of others. And when we disagree, we do so with respect and move on.

This IWD, I encourage men and women everywhere to recognise a female mentor or role model who’s making a difference. Go see a female artist’s exhibit, attend an event promoting women’s health, donate to an organisation providing leadership opportunities for girls or simply watch a movie with strong female characters. Whatever you do, let it be an opportunity to celebrate the remarkable contributions of women!

Posted by Flavour of the Day with Laura Haddad at Friday, March 07, 2014

Well said Laura! Hind is such an inspiration to so many of us and she does it all with such grace, dignity and style!

From The Earth said...

Hind you are an amazing woman! Thank you for your diligent work. Your passion to "empower families in the Middle East to live happy, healthy and fulfilling lives" comes out in each conversation that we have had. We all look forward to continuing to read and promote your publications in the Middle East.