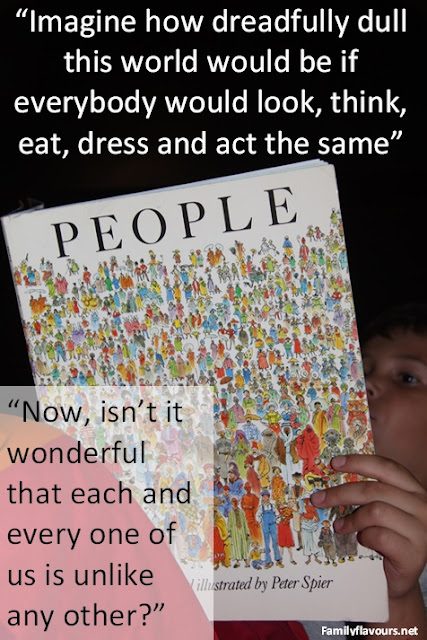 Walking in a religiously diverse neighbourhood in Jerusalem, my seven-year-old son blurts out, “That man looks funny,” referring to a long-bearded Orthodox Jew with long sideburns and a large black hat.

I was surprised that Omar would say this of anyone since he is raised in a well-travelled multicultural household that embraces diversity. He wasn’t using the term “funny” in a demeaning way – he was naturally curious, but I tend to find differences “interesting” rather than “funny”.

I can’t expect my seven-year-old to know how to approach differences at his age when even we adults struggle sometimes with it ourselves. From “ninja” (a derogatory reference to a woman who’s completely veiled, including her face) to “redneck” (a derogatory reference to a rural white person of the Southern United States who’s often assumed to be ignorant and racist), I continue to hear people throw around these insults without questioning their meaning or the ramifications of using them.

I took Omar’s natural curiosity as a chance to talk about differences as this kind of discussion is ongoing – it’s never a one time “talk” with our children. It was time to pull out one of my favourite books of all time, People, written and illustrated by Peter Spier. Although it’s a children’s book, it is as much for adults as it is for kids, which is why it’s on my bookshelf! 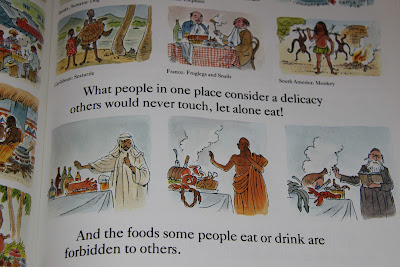 Spier portrays the amazing variety of human life on Earth. He points out that "we come in many colours," with different-looking features; that we dress in different ways, enjoy different things, have different personalities, live in different homes, speak and write different languages (including a wonderful double-page spread showing samples of 40 separate writing systems!), keep different pets, celebrate different holidays and worship in different ways; that "some of us excel at things others could never do," that there are more different ways of earning a living than you would believe. While you can anticipate some of the differences he points out, others are not so obvious. 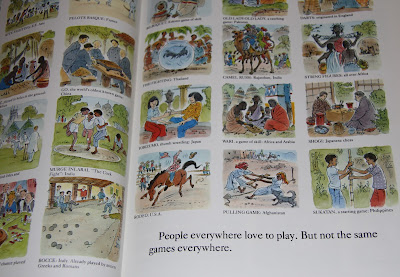 Yet, he observes, and this is one of my favourite quotes from his book: "Without a single exception, we all began quite small...we all live on the same planet, breathe the same air, and warm ourselves in the same sun. And in the end we all must die."

The author sums up diversity in one beautiful sentence: "Imagine how dreadfully dull this world of ours would be if everybody would look, think, eat, dress and act the same!" He never exalts one way of life over another, but fills his pages with detailed colourful sketches, and ends with, “Now, isn’t it wonderful that each and every one of us is unlike any other?” 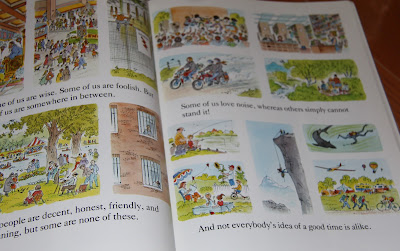 This book is a fun read for my two-year-old and is a wonderful departure point for talking about all kinds of subjects from conflict to prejudice with my older child.

Although first published in 1988, Peter Spier’s People is timeless and remains, as one School Library Journal review put it, “a wonderful introduction to a global view that will answer and arouse curiosity in the young and act as an absorbing reminder for any age." 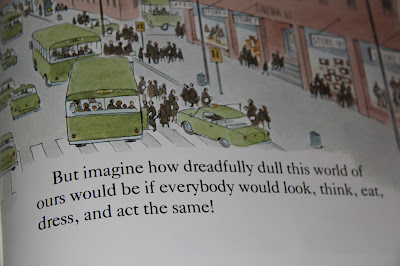 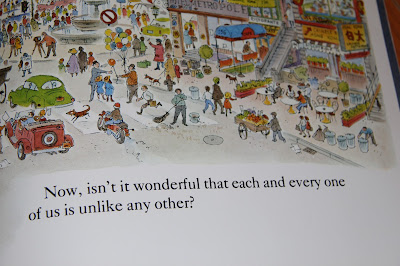 Posted by Flavour of the Day with Laura Haddad at Saturday, October 17, 2015