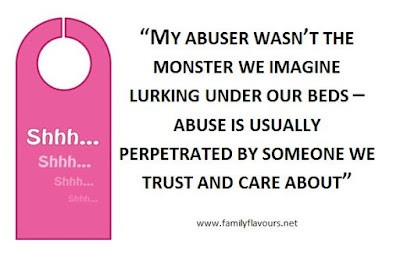 Picture-perfect families. That's what we see almost daily on our Facebook news feed and in our monthly magazines. Big smiles. What we don't see is behind closed doors. For International Day for the Elimination of Violence Against Women, we open the door.

Somehow, we imagine an abuse survivor to appear visibly weak, timid, victimized. We assume we would know and see from their faces the trauma they are going through or have endured. But this is far from true. In fact, you can be sure that someone you know is or has suffered physical, sexual and/or emotional abuse and that someone may very well be masking this secret behind a bright smile.

This is not surprising when "in Jordan, 57 per cent of female victims of violence refrain from reporting it because they fear the social stigma and the reaction of their families," UN Women Representative to Jordan Giuseppe Belsito told The Jordan Times. Today, the Jordanian National Commission for Women (JNCW) launched a 16 Days of Action Campaign with stakeholders that include ARDD-Legal Aid and USAID Takamol Gender Programme.

And, as local and global statistics indicate, abusers are more likely to be people we know, and could well be people we care about, including close family. What makes it even more difficult for abuse survivors is functioning in a society where an individual's needs, including her safety and wellbeing, are often overlooked or suppressed in order to protect and safeguard family reputation.

In an article published in Family Flavours magazine, "Off Limits", the author debunks myths, including our stereotypes of what an abuser looks and acts like: "My predator was – and remains today – a kind and soft-spoken person, a family man and an exemplary member of the community who’s always the first on the scene to help anyone. How can such a ‘good’ person do ‘bad’ things? This is a question that has driven me most of my life to try to understand – not excuse – what happened to me." 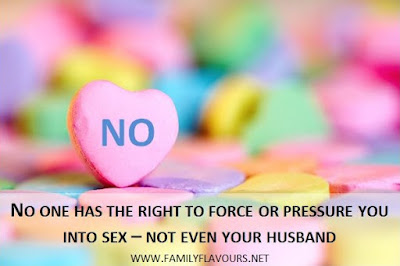 More from Family Flavours' "Off Limits":

Sexual abuse can entail the forcing of unwanted sexual activity by one person on another by use of threats or coercion. It includes oral sex, intercourse, fingering, fondling – anything sexual – that you didn’t agree to and that makes you feel uncomfortable, scared or threatened. “Most sexual abuse doesn’t start with rape, but a form of ‘grooming’ that gets the child comfortable with increasing degrees of sexual intimacy,” says Wendy Merdian, an Amman-based resident expert in sexual abuse, having trained over 150 women in Jordan as well as others in Turkey, Iraq, the United States and across Europe in principles of emotional and spiritual recovery. “This emotional hooking that often precedes the physical act can include exposure to pornography, ‘helping’ pre-teens bathe or shower, ‘checking’ for supposed infections, using sexual terminology that’s inappropriate and offensive, making the child a confidante to ‘help with problems’,” she adds.

The ultimate betrayal
Despite the stereotypical image we have, abusers usually do not look like monsters and it is relatively rare for them to be strangers. The majority of abuse is based on coercion rather than force; giving in doesn’t mean that you agreed to have sex. Often times, abuse is perpetrated by someone we trust and care about within our social sphere – a relative, a family friend, a teacher or trainer. It can affect anyone regardless of age, gender, socio-economic background, religion, physical appearance, sexuality, intellect or ability.

My predator was – and remains today – a kind and soft-spoken person, a family man and an exemplary member of the community who’s always the first on the scene to help anyone. How can such a ‘good’ person do ‘bad’ things? This is a question that has driven me most of my life to try to understand – not excuse – what happened to me.

The emotional toll
The majority of survivors never report the abuse often because they are afraid of other people’s reactions; they may feel deep humiliation and shame at having been victimised or they may fear getting in trouble or being judged. As a child, I wasn’t believed by my parents and the shame and judgement that sprung from ignorance only deepened the long-term emotional wounds of abuse. Throughout it all, I seemed ‘normal’ to everyone because I would automatically numb myself, deaden my emotions and mentally escape my body; I could function without fully experiencing the emotional impact as a self-defence mechanism

Dr Josi Salem-Pickartz calls dissociation, its clinical term. Dr Salem-Pickartz describes the emotional toll abuse has on many survivors: “Be they men or women, common symptoms include anxiety and mistrust, feeling powerless, self-doubts, self-disgust and feelings of guilt. For the survivor, even the protective environment of a clinical setting or self-help group does not lessen the pain of acknowledging that this happened.”

Shutting down is a learned response that continues even today as a protective mechanism for avoiding anxiety and having to confront my emotions. Merdian explains that ‘shutting down’ is a method of protecting oneself from further pain. “Others do this in different ways: becoming aggressive and using anger to keep others away, becoming very outwardly religious to try and ‘earn’ God’s favour, while others develop a carefree attitude where nothing matters,” she says. Each method affects the victim’s ability to achieve intimate emotional relationships.

A culture of silence
Our society perpetuates huge double standards, where sexual feelings and expression are acceptable for men but unacceptable for women, and maintains that women provoke unwanted sexual advances – and even rape – by their appearance, behaviour or mere existence. Sexual harassment or rape is never the victim's fault; it is the result of a culture (be it in Western societies or here in the Middle East) that promotes male dominance. It's the extreme expression of a continuum that ranges from sex-role stereotyping and sexist remarks to sex-based discrimination and, ultimately, to actual sexual harassment and violence against women. Merdian further explains the deep seeded cultural belief that “men innately can’t control themselves”. This widespread assumption gives men a carte blanche for sexual abuse and places the sole responsibility on women to keep men ‘safe from temptation’, she says.

How we raise our children
A great number of offenders are unaware that their behaviour is offensive or they are unaware of the seriousness of it. Some otherwise ‘good’ men have a thwarted idea that if a woman doesn’t verbally and forcefully express alarm then she must welcome the advance.

Most ‘respectful’ teenage boys learn about sexual intimacy through their friends and what they see portrayed on television and in the movies. These sources promote disrespectful behaviour by teaching males that if they are ‘smooth’, they can just make their moves and the person will want them.

*Hold their friend, girlfriend, fiancée or wife in the highest esteem which means not pressuring her to do anything she is uncomfortable with

*Not tolerate any forms of disrespect. When a person believes in herself, she is more likely to make the right decision in difficult moments. Those with low self-esteem are more likely to lower their standards to please their partner or another abuser — a very dangerous and unhealthy practice

*Avoid disrespecting any woman (or man) by making crude comments or advances, regardless of how they dress or behave

Your body is yours alone
No one has the right to force or pressure you into sex – not even your husband. Even if you have already had intercourse, it is still rape if on a particular occasion you did not desire sexual contact and the person forces himself upon you or uses psychological manipulation by threatening to end the relationship or to find another woman.

Even in our conservative society, a couple could be engaged and have already partaken in kissing and possibly light sexual activity. The man may feel that ‘going further’ is his right and tries to pressure her by saying she had led him on or she would do it if she really loved him. Even a friend or colleague may want to sexualise the relationship and keep raising the issue.

You control your body and have the right to decide what you are comfortable with. You don’t owe anyone and you don’t have to do anything you’re apprehensive about to prove you love someone. Saying no means no and anyone who continues to pressure you after that is not someone you want to be with anyway. Make decisions that are best for you, and don’t just focus on what your partner or others may think. Learn to communicate in a direct, confident way. If you don’t clearly say no, the other person may be unsure about what you want. By communicating clearly, there is no doubt. Put the message across – no means no. Merdian suggests training children to ‘yell and tell’. “Give them permission to speak up and to keep speaking up until an adult listens,” she says.

What I learned about sex is forever shaped by my early experience of abuse. During abuse, your needs don’t matter; you have to cater to someone else’ sexual needs. Because I internalised this message well into adulthood, I wound up in a number of situations where I compromised myself sexually and emotionally. Because sexual abuse is a major violation of trust, I find it difficult to trust others but even more so, myself. Finding my voice and building self-respect and trust in myself – in my feelings, thoughts, beliefs, intuition and perceptions – is only a recent stride I’ve made and have to practice one day at a time.

Where I once felt alone in my pain, I now know that I am not alone. Merdian, who’s a survivor of child sexual abuse herself, has taught me how God can redeem the deepest pain and even use it as a way to help others on their journey.

Common myths
*All molesters look sleazy – you can just tell
*Sexual abusers are monsters and just look evil
*Most abusers are strangers
*This could never happen to my child, mother, sister, wife…
*My children would tell me if anything like this happened to them
*If my child had been abused, I would just know
*It can't happen in my family

Posted by Flavour of the Day with Laura Haddad at Wednesday, November 25, 2015