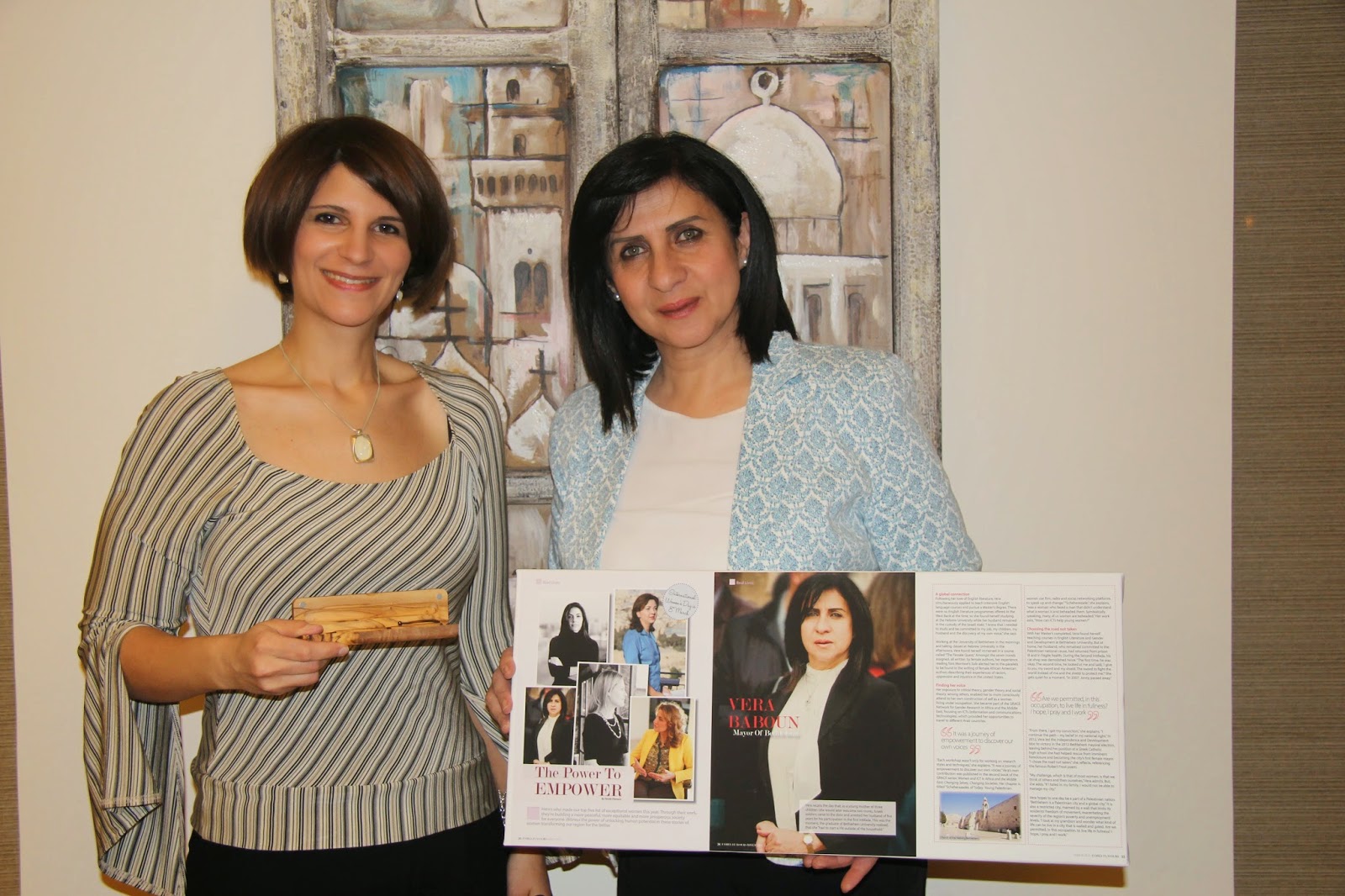 Honoured by Vera Baboun's visit! As Mayor of Bethlehem, she's one of the few female mayors in the world

In most regions in the world, fewer than one in 10 cities has a woman as a mayor, according to the World Economic Forum. What's more remarkable to me is how Vera overcame personal, social and political hardship for her family, for her city and for her people.

In the March 2015 edition of Family Flavours, Vera recalls:
As a young mother of three children (she would later welcome two more), Israeli soldiers came to the door and arrested her husband for his participation in the first Intifada. This was the moment she realized that she had to start a life outside of the household...After completing her Master's, Vera found herself teaching courses in English Literature and Gender and Development at Bethlehem University. But at home, her husband, who remained committed to the Palestinian national cause, had returned from prison ill and in fragile health. During the Second Intifada, his car shop was demolished twice. "The first time, he was okay. The second time, he looked at me and said, 'I give to you my sword and my shield. The sword to fight the world instead of me and the shield to protect me'. She gets quiet for a moment. 'In 2007, Jonny passed away.' "From there, I got my conviction. I continue the path - my belief in my national right.

Vera is in Jordan today for a conference for the Bethlehem Development Foundation, which seeks to revitalize the old city that's of equal importance for Christians and Muslims worldwide, to better accommodate the needs of its residents, pilgrims and tourists. Vera tells Family Flavours that she hopes to one day be a part of a Palestinian nation:

Bethlehem is a Palestinian city and a global city. It is also a restricted city, maimed by a wall that limits its residents' freedom of movement, exacerbating the severity of the region's poverty and unemployment levels. I look at my grandson and wonder what kind of life can he live in a city that is walled and gated. Are we permitted, in this occupation, to live life in fullness? I hope, I pray and I work ("The Power To Empower", Family Flavours, March 2015). 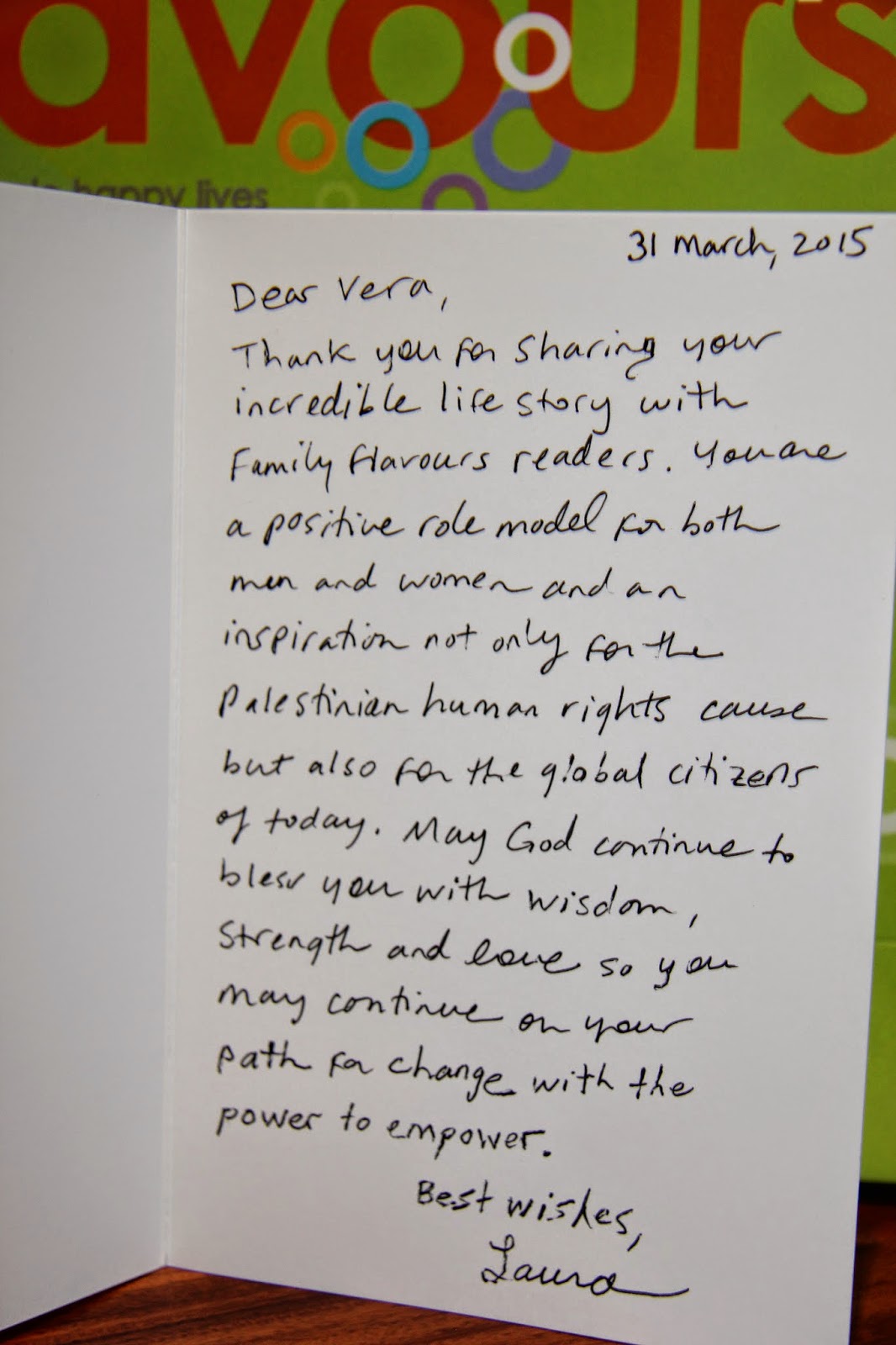 Posted by Flavour of the Day with Laura Haddad at Wednesday, April 01, 2015