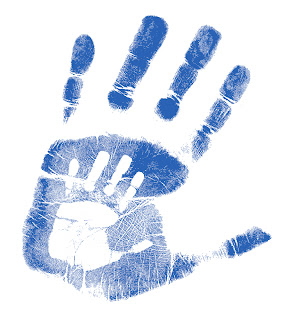 I visited my uncle for Eid yesterday. This uncle is especially special to me because he is the symbol of a good-hearted person who dedicated his life for his children.

During the first 12 years of his marriage to my aunt, doctors told them that they could not have kids. And with some miracle, they had 2 boys 12 years later. He was a teacher, so was my aunt, he worked overtime, while she raised their boys. And after 49 years of work, they finally retired and moved back to Jordan. However, they had to leave my cousins, who are now married and have their own lives.

Yesterday, my uncle was saying that this is their first Eid in 34 years away from their children. I sat there, looking at this man, who to me was a symbol of strength and perseverance, and was shocked by the tears in his eyes.

You would think that after working so hard for so long, he needed a break; but what he really needed was his kids. Then my aunt said something that hit me: "Noora, one day you will look back and say, I wish they were still my babies. I wish I could go back to the days when I KNOW my son is in bed right now sleeping in the room next to me."

I guess once you cross the road into parent-hood, nothing will mean as much as being next to your child!

Posted by Flavour of the Day with Laura Haddad at Saturday, October 27, 2012