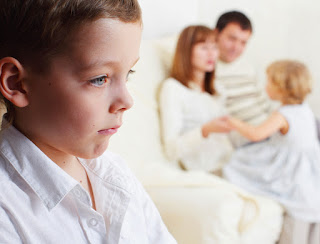 Jealousy has taken over my toddler. He has become aggressive, annoying and miserable. It's killing me and making me sad as well.

Whatever his baby sister (8 months) does, he imitates. If she yells and cries, so does he. If she bites on her hand so does he. If she does something dangerous that can easily harm her, her runs and does exactly the same thing, and ends up hurting himself.

"Tell me no like you tell Mona", "tell me to stop screaming like her," "I also want to wake you in the middle of the night like Mona," anything that is related to her has to relate to him.

If it ends there, it wouldn't be such a problem. He is hitting her, pushing her, snatching EVERYTHING out of her hand, waking her, and anything else that annoys her!

Ignoring him isn't working and ignoring her is not fair. How long will we all stay stuck like this?!
Posted by Flavour of the Day with Laura Haddad at Monday, March 04, 2013