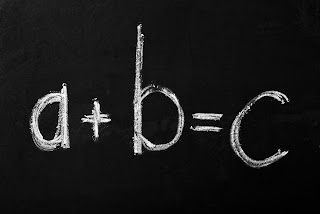 While Yousef has just turned 1-year-old in November, friends are telling me that I am already running late in enrolling him in a school. Apparently, there are long waiting lists for grades as young as KG.
When I started thinking of what kind of school I want my child to be in, I found myself in way over my head. I have no idea what to look for. I know that I want my son to be with normal, middle-class, non-snobbish children. To know how to speak Arabic, read and write it fluently as well. I want my son to be knowledgable about his religion. Finally, I want my child to grow up to be a descent and down-to-earth human being. Does this mean I have to compromise on the quality of education?
The teenagers I am meeting these days all seem to have attitude problems, act much older than they are and none speak Arabic! While you might think that I am being a hypocrite since I write this blog in English, in my defence, this is my job. In my house, I speak only Arabic and have an only Arabic policy with my step daughter and son. Yousef only watches Arabic cartoons and his first words are being spoken in Arabic.
I am sure there is no such thing as a perfect school and in the end, my home plays a major role in how my children turn out to be. Yet, my concern is this: all the memories I have and cherish are those from school, the friends I still love so dearly are my high school friends, and some of the people who influenced me most, were my teachers from school.
I hope I make the right decision.
Posted by Flavour of the Day with Laura Haddad at Thursday, December 22, 2011

Well, I can related to that. With child of any age it is difficult. And what is even worse - the thought of changing the school. Questions like is it worth? is it fair because of my financial situation? can he handle the new environment?what is the best curriculum or system or program? Does the cost of the tuition really reflects the quality of teaching?

Exactly! Everyone is telling me that the only way to find out is by trying...

We will see how that goes.