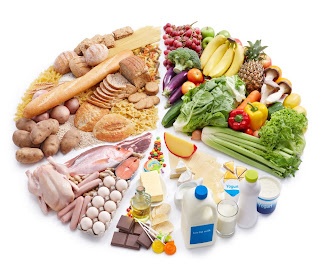 Poor Nutrition
When Yousef (now 15 months) was younger, he used to eat anything I offered; he had such a balanced diet filled with vitamins and nutrients. Now that he is a bit older and moves around independently, the only things he accepts are finger foods. Cheese sticks, fruit, vegetables, sandwiches and anything he can hold in his hand. As soon as I try feeding him home-made cooking with rice, vegetables, meat and sauce he completely refuses. He does not accept meat, chicken or eggs either. He ends up munching all day without having a descent meal. I tried holding back on the nibbles for a few hours so that he gets really hungry and eventually eats, he just takes a few bites and then stops again.
It's driving me crazy! I don't know if it is a phase or not, but I can honestly say that he is getting very poor nutrition now.
How can I deal with such a picky eater at a young age?
Posted by Flavour of the Day with Laura Haddad at Monday, February 27, 2012

This is an issue that all mums face at a certain age while feeding Their kids. My boy is 15 months old too and he refuses so many kinds of meals, and it's frustrating! I have worked hard and still on the teak of inventing tricks. what I found useful is by reducing snack and cut down food fingers in order to make him hungry and asks for the meal.

Try to have him in his high chair for proper meals, schedule a proper " same timing everyday". Mix cereal with baby milk, boiled egg, cheese olive oil or whatever make you feel it's proper. I try mixing lots of ingredients so he ca have them all. My boy is a fussy eater too and he might have just few mouthful spoons at the beginning then starts the battle. so the trick comes with adding something he likes on top of the spoon ( e.g, blubbery, date syrup, strawberries, biscuit ...etc) it sounds a mess but believe it or not it works.


Something else you may try is have a bottle of milk next to the meal so he enjoy it. Make sure you prepare or add food to his plate the food infront of him , and try to have fun time while feeding. Like singing some ryhmes, doing funny faces, have his mega blocks in his hands to wok with and so on.


Make sure that mealtimes are fun! Give some treats afterwards, that he will link both and when It gets to the worse just stop! Keep the plate and leave him In his highchair evey once in a while try to feed him again.
Ps: good breakfast ideas( try mixing eggs with spinach , cheddar cheese, pepper) it's good to keep trying different variety of flavours.
If he likes finger food, try have them in his meals. It sounds miserable but works magically ;-).


It all about trying! All the best
Afnan

Wow, you really have a lot of patience! Thank you for the tips, I never thought of adding ingredients to eggs to change the taste.

I will try it this morning :)

Good luck to you too!