Getting Rid of Midnight Feedings 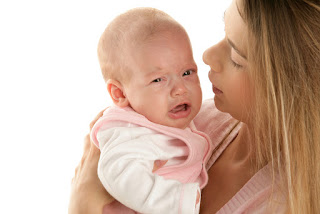 So many mamas told me that they were the ones who had to get their children off midnight feedings by giving them water in the bottle instead of milk. By doing so, they eventually stopped getting hungry and thus stopped waking up.

With Yousef, he did it all on his own. One day when he was 7-months-old, he simply didn't wake up. And that was that.

Mona however, now 7-months and a half wakes up every night at 5am like she has an alarm clock in her head. I am wondering if I should stop her or wait for her to outgrow it. She is still refusing solids and might still be hungry at night rather than it being just a habit.
Posted by Flavour of the Day with Laura Haddad at Wednesday, January 30, 2013