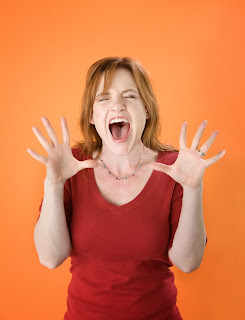 Interference
It is really annoying when EVERYONE has something to say about your parenting skills.
Because I am the youngest girl in my family, and because I am a first time mama, people around me seem to feel that I am in constant need of coaching.
"The milk is too hot, he is not wearing enough layers, he is hungry, he is thirsty, he should take a nap now..." and the opinions just keep coming.
On most days, I tolerate the comments and either kindly decline their coaching or do what they are asking me to do.
Today however was different; Yousef has been sick for about 4 days with a virus that resulted in dehydration. Two days ago, I needed to rush him to the ER for some IV fluids, it was not a pretty sight.
Luckily, his appetite has improved and the vomiting ended but as expected, he is still pale and a bit drained out of energy. My mom, who loves and worries about him deeply, started blaming me for not taking him for an IV injection again. When I explained that he has improved and a bit of fatigue is normal, she blamed me again for taking a wrong decision. That's when I exploded and used the "he is my son and I know what is best for him" response.
I feel terrible however, I cannot tolerate the interference any more. There are only 2 women I turn to when I have a question, I'll keep them anonymous :)
Should I be honest with the people that interfere and simply tell them how I feel or would that be rude and hurtful?
Posted by Flavour of the Day with Laura Haddad at Monday, January 02, 2012

I think you have to speak your mind, but in a respectful way. Like you said its your child and you know whats best for them. Its good to know when to ask for help and what advice should be listened to, but in the end well..you have to draw the line somewhere.

Yes you are right, thanks.

I have been feeling so guilty!